The house dates back to the mid-19th-century and is a listed example of Balaton Uplands’ architecture with many especially beautiful details. The new owners of the house would like to use it all year according to today’s needs. The former granary as the largest, compelling public space becomes the living room with kitchen integrated into brick vaults and a unique fireplace-stair unit corresponding to them. The traditional three-cell plan can be converted into three rooms – with a different character each. Above the parents’ bedroom there will be a loft with a special view of Hegyestű. The children’s room will have a gallery under the roof and the room in the middle characterized by a traditional chimney with the dimension of the whole room. This space will be lighted from above through a sun tunnel.  A terrace framed by the wings of the L-shaped house will provide a stronger connection to the garden. The reconstruction of the barn is to take place in a further phase. Heating & cooling will use renewable energy sources. The reconstruction considers the preservation of the building’s architectural values and its position in the historic townscape as highest priority, in the course of which the volume remains untouched and the materials involved include traditional stone, light-coloured plaster,  tiled roof and windows with slim profiles. 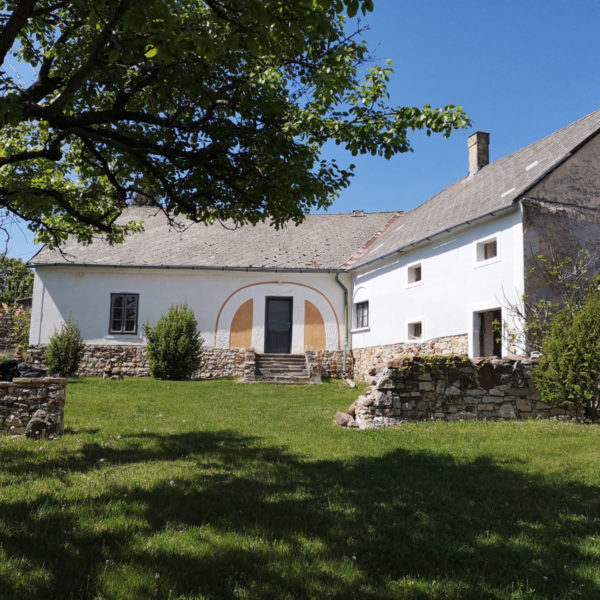 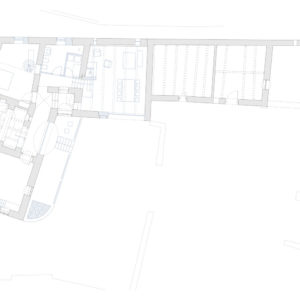 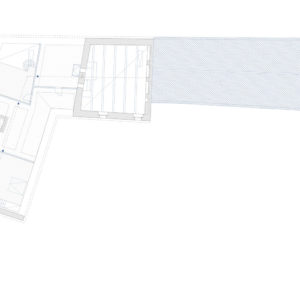 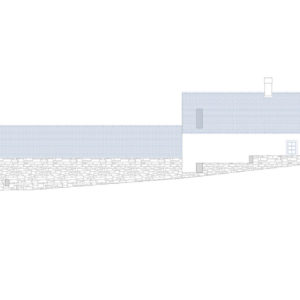 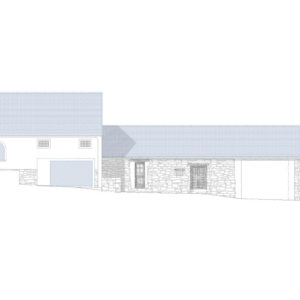 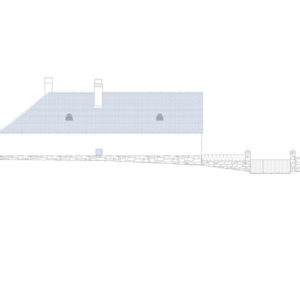 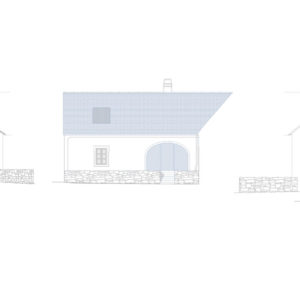 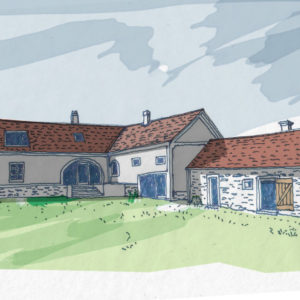 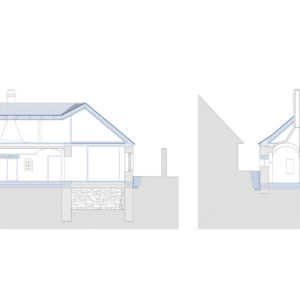 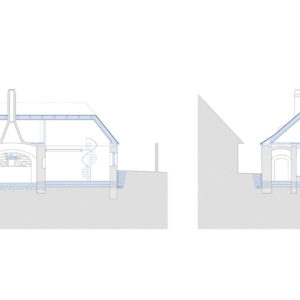 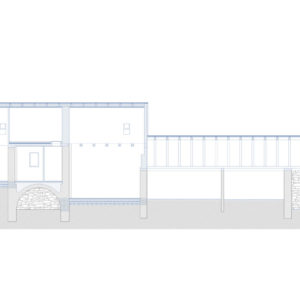 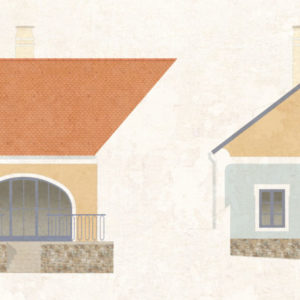 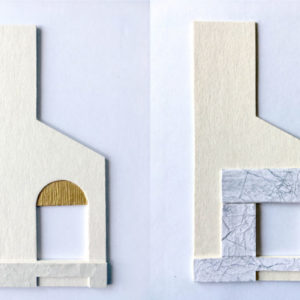 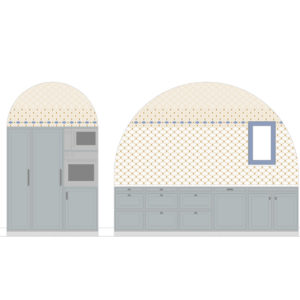